When is the Best Time to Climb Kilimanjaro?

Due to Mount Kilimanjaro's proximity to the equator, this region does not experience the extremes of winter and summer weather, but rather dry and wet seasons. Therefore, the best time to climb Kilimanjaro tends to be the warmest and driest months. The primary issue is safety, as the risks associated with climbing increase significantly when the weather is foul. The effects of rain, mud, snow, ice and cold can be very strenuous on the body. Correspondingly, your chances of a successful summit also increases significantly with nice weather. Of course, the mountain gets more foot traffic during these periods as well.

The table lists the relative temperature, precipitation, cloudiness and crowds during the calendar months. 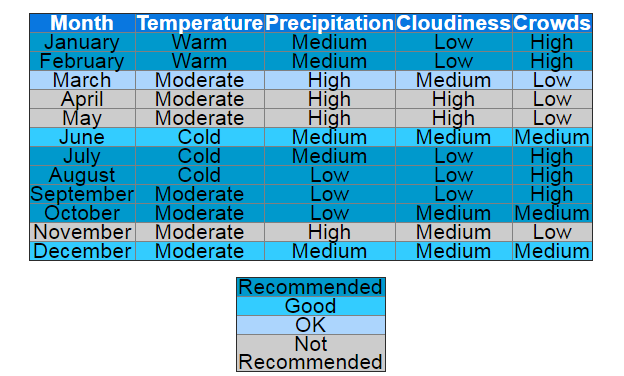 It is possible to climb Kilimanjaro year round, however it is best to climb when there is a lower possibility of precipitation. The dry seasons are from the beginning of December through the beginning of March, and then from late June through the end of October. These are considered to be the best times to climb in terms of weather, and correspondingly are the busiest months (high season). Our group climbs are scheduled to correspond with the dry season. 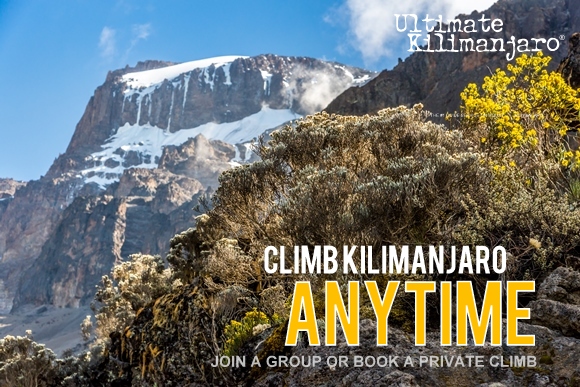 From January through mid-March are the warmest months, with clear skies in the mornings and evenings. During the day, clouds may appear along with brief showers. The long rainy season spans from the end of March to early June. We do not recommend climbing during this time unless you are an experienced backpacker who has trekked in similar conditions. It can be very wet, and visibility may be low due to heavy clouds. The crowds are gone, however. From mid June to the end of October, the mountain is generally a bit colder, but also drier. The short rainy season spans from the beginning of November to the beginning of December. Afternoon rains are common, but skies are clear in mornings and evenings.

Note that the rains are unpredictable and may come early or extend beyond their typical time frames. It is possible to experience mostly dry weather conditions during the rainy season, just as it is possible to have heavy rain during the dry season.

Some climbers prefer to summit during a full moon. 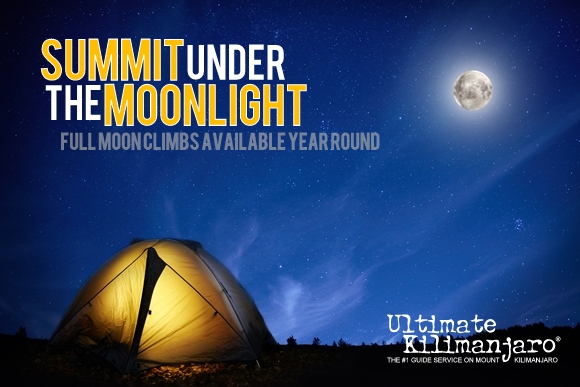 When the peak of Kilimanjaro and magnificent glaciers are lit up by the full moon, the view is absolutely stunning. For this reason alone, some climbers schedule their trek to coincide with this celestial event, occurring once a month. However, a practical reason for climbing at these times is that a bright moon along with a clear sky will improve your visibility throughout your climb, and most importantly, during the summit attempt.

To summit during a full moon, a 7-day climb should start 5 days prior to the full moon date. It is not necessary to summit on the exact full moon date to take advantage of moonlight. A summit on the day before or day after is also beneficial. We offer several group climbs with full moon summits every month during the dry season. These dates tend to be the first to book completely full well in advance.

Full moon dates are as follows: 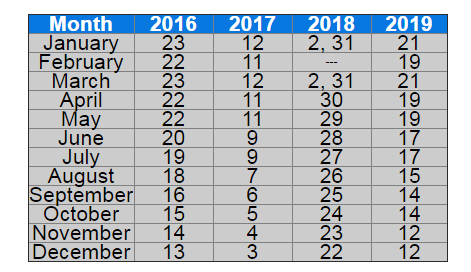 For those who favor a less crowded climb, avoid the full moon completely as these dates attract many climbers. Another method of dodging crowds is to choose an "off" day of departure. Most climbers will begin their climbs on Saturday, Sunday or Monday, with routes lasting 6 to 7 days. We have many clients who climb with or without the full moon, and clients are equally satisfied with either itinerary.

You can go anytime, but do it sooner rather than later. 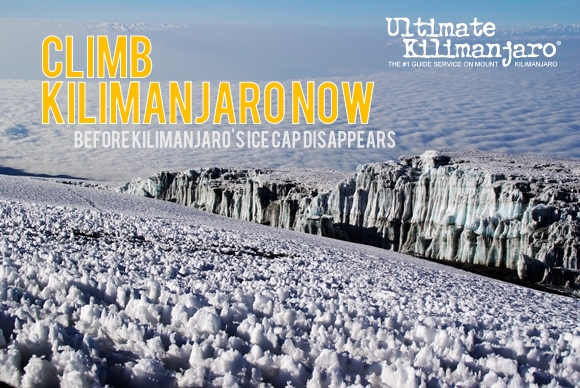 What makes Mount Kilimanjaro unique is that despite its close proximity to the equator, it is crowned with ice. The glaciers have existed here for more than 11,000 years. They used to be more than 300 feet (100 m) deep and extended 6,500 feet (2,000 m) from the mountain top. However, due global warming and long term climactic cycles, the ice has been vaporizing at an alarming rate. Some scientists estimate that Mount Kilimanjaro's ice cap will be completely gone by 2050. So if you are contemplating the climb, do yourself a favor and do it sooner rather than later. The glaciers are something you do not want to miss.