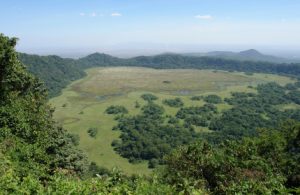 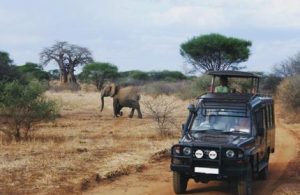 Lake Manyara National Park is located 75 miles (125 kms) west of Arusha between the cliff of Great Rift Valley and Lake Manyara. The park is 205 square miles (330 square kms) and 70% of that is covered by Lake Manyara itself. The park contains a large variety of habitats - such as arift wall, acacia woodlands, and an area of open grasslands. The most famous residents of the park are the tree climbing lions, which are occasionally seen on the branches of acacia trees. Other animals found in the area include large herds of buffalo, elephants, giraffes, impalas, monkeys, baboons, hippos, as well as million pelicans and flamingos. A great variety of smaller animals can also be observed in the course of the single day. 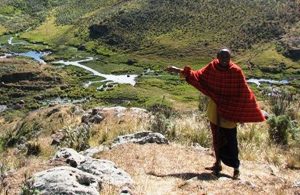 Located in the great rift valley, the Ngorongoro Conservation Area is a gigantic fracture of the earth crust. Within this beautiful and unique landscape lies alkaline soda lakes, a series of peaks and volcanoes, dense rain forests, vast plains, archaeological sites and Masai villages. This protected area is the land of the semi-nomadic Masai, who can be seen grazing their vast herds of cattle. Although the Tanzanian government has tried to encourage the Masai to give up their customs and adapt to modern African life, the proud Masai have resisted. During your visit, it is possible to visit nearby Masai villages, called boma, to observe their traditional dance and to go inside their mud and dung huts. 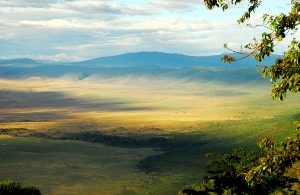 Ngorongoro Conversation Area houses one of the world's greatest natural spectacles - the Ngorongoro Crater, home to almost 30,000 animals. Once an active volcano, Ngorongoro Crater collapsed leaving a caldera 12 miles (20 kms) in diameter. With no breaks at all in its steep walls, this is the largest intact caldera in existence. The bottom of the crater is 165 square miles (265 square kms) and is dotted with watering holes. It shelters an abundance of animals in an area naturally enclosed by the slopes of the volcano. The crater is famous for viewing black rhinos, for which there are very few left. Other animals that can be seen include elephant, buffalo, zebra, wildebeest, gazelle, monkeys, and ever hungry predators including lions and hyenas. 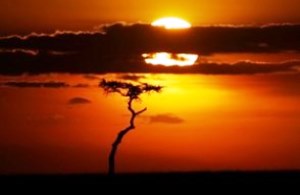 Serengeti National Park, covering an immense 9,170 square miles (14,763 square kms), is Tanzania's largest national park and undoubtedly the best known wildlife sanctuary in the world. Over three million large game animals inhabit these rolling grasslands, known as the 'endless plains'. Here one can witness the unique migration of almost 1.5 million wildebeest undertake a circuit of 600 miles (1,000 kms) in search of new pastures, from the central plains to the permanent water holes at the park corridors. About 35 species of plain animals can be observed including the 'big five' - elephants, rhinos, lions, leopards, buffalos - and large herds of wildebeest, gazelle and zebra. 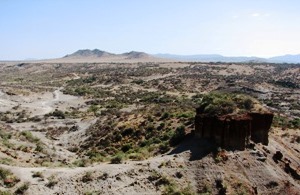 Olduvai Gorge is known as the 'cradle of mankind'. Through the excavation of Dr. Louis Leakey and his wife Mary, the gorge has yielded numerous remains dating back almost two million years. The remains of the earliest human were found in this area which revolutionized theories of how man evolved. The historical findings of the famous skull, other fossils and stone artifacts have strengthened the belief that Africa is the birthplace of prehistoric man. There is a small museum here which displays some of the finds from this region. Olduvai Gorge lies between the great wildlife sanctuaries of the Ngorongoro Crater and Serengeti National Park, and is a common rest stop during the bumpy ride between these parks. 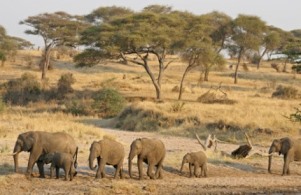 Tarangire National Park covers approximately 2,600 square miles (6,700 square kms), and lies to the south of a large open grass plain in southern Masai land, 70 miles (115 kms) from Arusha. It is the sixth largest national park in Tanzania and is home to Tanzania’s largest population of African elephants. The park is named after the Tarangire River, which is a permanent water source for its inhabitants. The river draws large herds of wildebeest, zebras, gazelles and hartebeests as well as the lions, leopards and other predators who prey upon them.Other animals that can be seen include buffalo, giraffe, elands, warthogs, greater kudu, gernuks and impalas. Huge magnificent baobab trees and volcanic mountain ranges add to the scenic splendor of this unique national park. 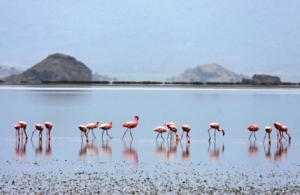 Lake Natron is a salt lake in Tanzania's Rift Valley, located north of the Ngorongoro Conservation Area, near the Kenyan border. Ol Doinyo Lengai, an active volcano, dominates the landscape here. The surrounding area is semi-arid and dusty. Though millions of flamingos make their home on the lake, feeding on algae, not much else is supported by this hot, harsh habitat. The only fish in these waters is the alkaline tilapia. The lake is 170 square miles wide and less than 10 feet deep, but the size of the body of water varies depending on the precipitation and evaporation. Between July and October is the flamingo's breeding season and the best time to visit. However, visitors to this place come more for the scenery than for the wildlife. 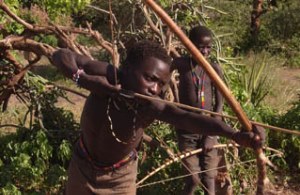 The meadows along the shores of the mildly alkaline Lake Eyasi are not only home to a wide variety of wildlife including leopard, hippo, monkeys, birds, flamingos, storks and pelicans, the area is also home to the Hadzabe bushmen, the last tribe of hunter-gatherers in East Africa. Some 200 to 400 Hadzabe Bushmen still live much as they have for tens of thousands of years. Their simple shelters are built from grass, branches and earth. During the rainy season they still live in caves. During your visit to Lake Eyasi, you may visit with the Hadzabe Bushmen to witness their primitive way of life, and even accompany them on a early morning hunt.