In AD150, the Alexandrine geographer Ptolemy wrote of a snow capped mountain range, deep in the heart of Africa that, he claimed, was the source of the Nile and which he called the Mountains of the Moon.

Over the centuries this curious notion of tropical snow faded into mythology and, when John Speke found the Nile's exit from Lake Victoria, a place in fiction for the Mountains of the Moon seemed assured. But then, in 1889, Henry Stanley emerged from central Africa to announce that such a mountain did exist. He mapped it by its local name of Rwenjura - or 'rainmaker'. 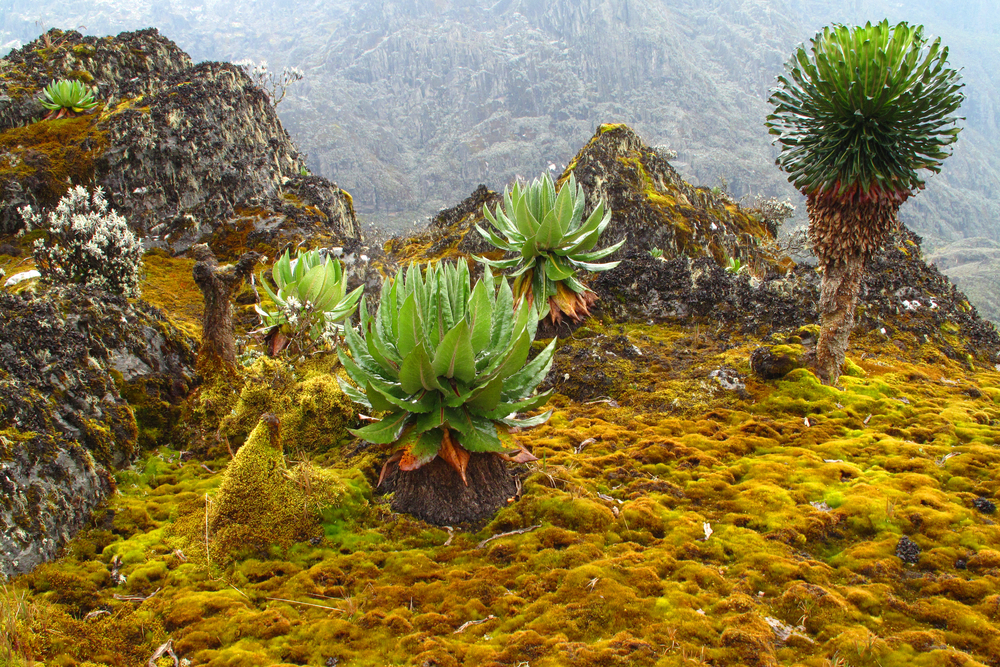 In due course, mountaineers explored the Mountains of the Moon. Though just miles north of the Equator, they found in the high Rwenzori glaciers and snow peaks whose meltwaters represent the highest springs ofthe Nile. These trickle downwards into valleys where, supplemented by rain, saturate the broad valley floors to form great soggy bogs. Within these rain and mist filled troughs, loom specimens of Africa's bizarre high altitude vegetation and stunted trees enveloped by colourful mosses and draped with beards of lichen. 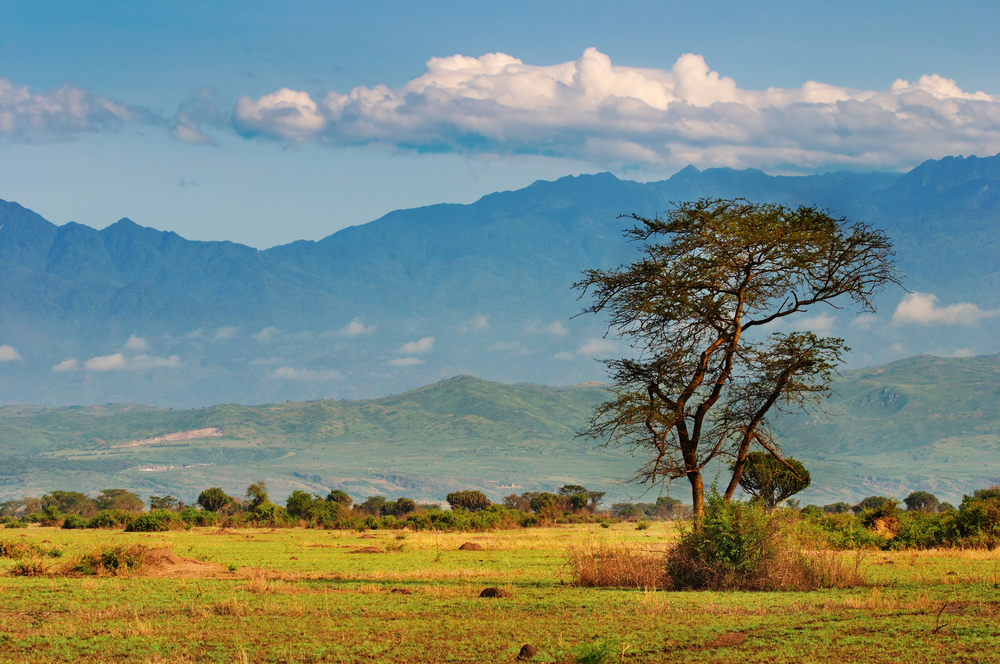 This remarkable landscape is bisected by the Uganda-Congo border which passes through Mt. Stanley the highest peak. The Ugandan Rwenzori is protected by the Rwenzori Mountains National Park and, in Congo by the Virunga National Park. The park can be explored along a 7-day trail that meanders along the Mobuku and Bujuku valleys beneath the highest peaks. Though distances are short, the terrain, altitude and weather combine to create a tough trek, the difficulty of which should not be underestimated. 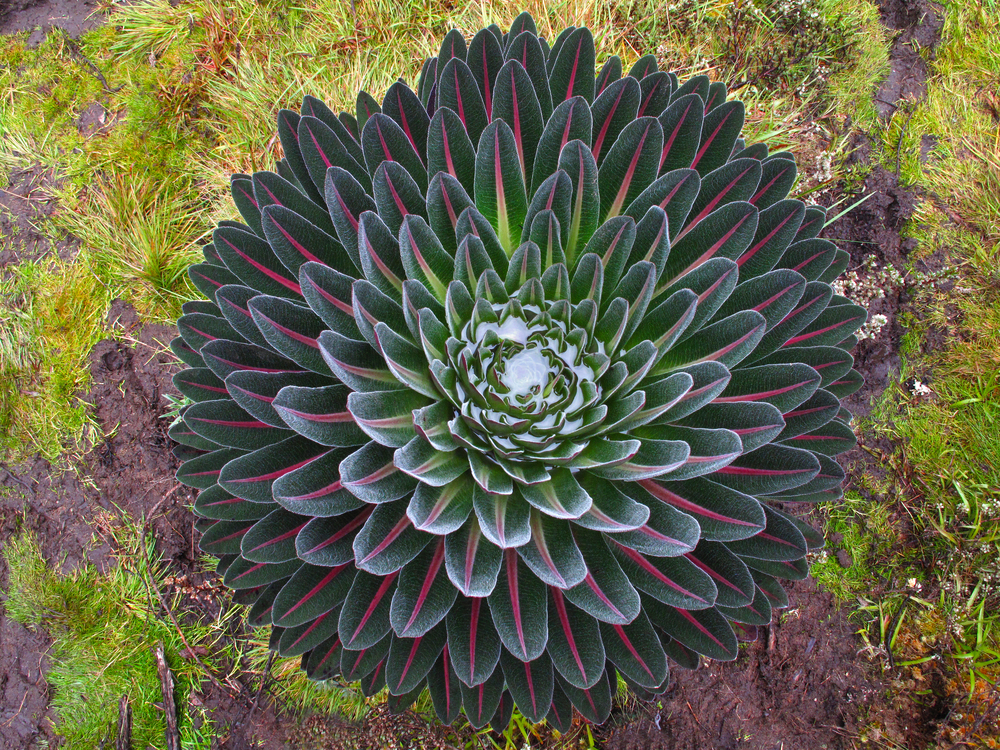 The Rwenzori today is remarkable for its flora rather than its fauna. Elephant, buffalo, giant forest hog, bushbuck, chimpanzee and leopard are present but are rarely seen.