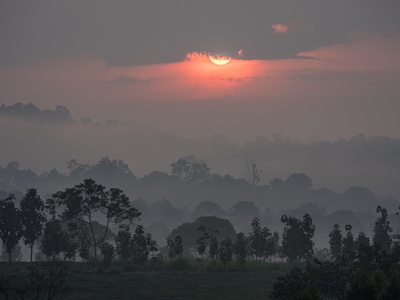 Kibale Forest National Park is located in western Uganda, east of the Rwenzori Mountains on the edge of the Rift Valley between Fort Portal and Queen Elizabeth National park.

With lush tropical rain forest and a fascinating diversity of animals, Kibale Forest National Park is home to one of the most beautiful and stunning natural forests in Uganda.

The diversity and density of primates in Kibale is the highest in all of Africa. The most famous of its 13 species is the chimpanzee, our closest relative. Kibale's 1,450 chimpanzees represent Uganda's largest population of this endangered primate. 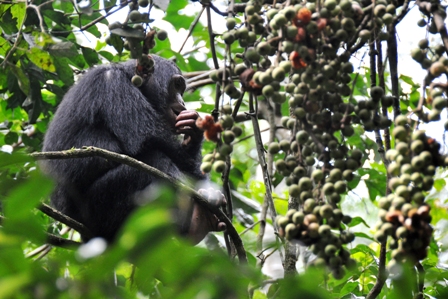 Kibale Forest National Park is the best safari destination for chimpanzee tracking in Africa. The activity takes place in Kanyanchu river camp which is 30 km (18 miles) south of Fort Portal.

The habituated groups of the chimpanzees have been tracked since 1993 and the chances of finding them are very high. At present there are 3 habituated chimpanzee groups in Kibale.

Due to the fact that they are tracked on a daily basis by both researchers and park guides, the movements of the groups are well known, ensuring a high success rate, estimated at 95%, for visitors to see the chimps in their natural habitat.

Other mammals are present, though rarely seen. These include forest elephant, buffalo, leopard, bush pig and duiker. A keen observer may also spot reptiles and amphibians as well as a colourful variety of butterflies.