Diamox and Ibuprofen on Kilimanjaro 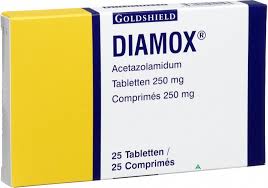 Diamox (generic name acetazolamide) is an F.D.A. approved drug for the prevention and treatment of AMS. The medication acidifies the blood, which causes an increase in respiration, thus accelerating acclimatization. Diamox does not disguise symptoms of altitude sickness, it prevents it. Studies have shown that Diamox at a dose of 250 mg every eight to twelve hours before and during rapid ascent to altitude results in fewer and/or less severe symptoms of acute mountain sickness (AMS). The medicine should be continued until you are below the altitude where symptoms became bothersome. Side effects of acetazolamide include tingling or numbness in the fingers, toes and face, taste alterations, excessive urination; and rarely, blurring of vision. These go away when the medicine is stopped. It is a personal choice of the climber whether or not to take Diamox as a preventative measure against AMS.

Ultimate Expeditions® neither advocates nor discourages the use of Diamox.

Ibuprofen can be used to relieve altitude induced headaches.