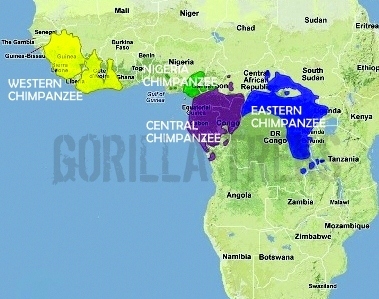 Chimpanzees are an endangered species. Millions of chimps existed in Africa 50 just years ago. The estimated population of wild chimpanzees today is between 200,000 to 250,000 individuals. The remaining chimpanzees are located in forest reserves and national parks.

Habitat destruction is the main cause for the drastic loss of chimpanzees. Chimpanzees are also hunted for bushmeat, poached for pets, and susceptible to human disease.

The best place for Chimpanzee tracking is Uganda's Kibale National Park, where more than 1,000 chimps live. The success rate in viewing them on a tour is over 90%. Chimpanzee tracking is also available in Budongo Forest near Murchison Falls, at Kalinzu Forest Reserve or the Kyambura Gorge at Queen Elizabeth Park and Semiliki Park. 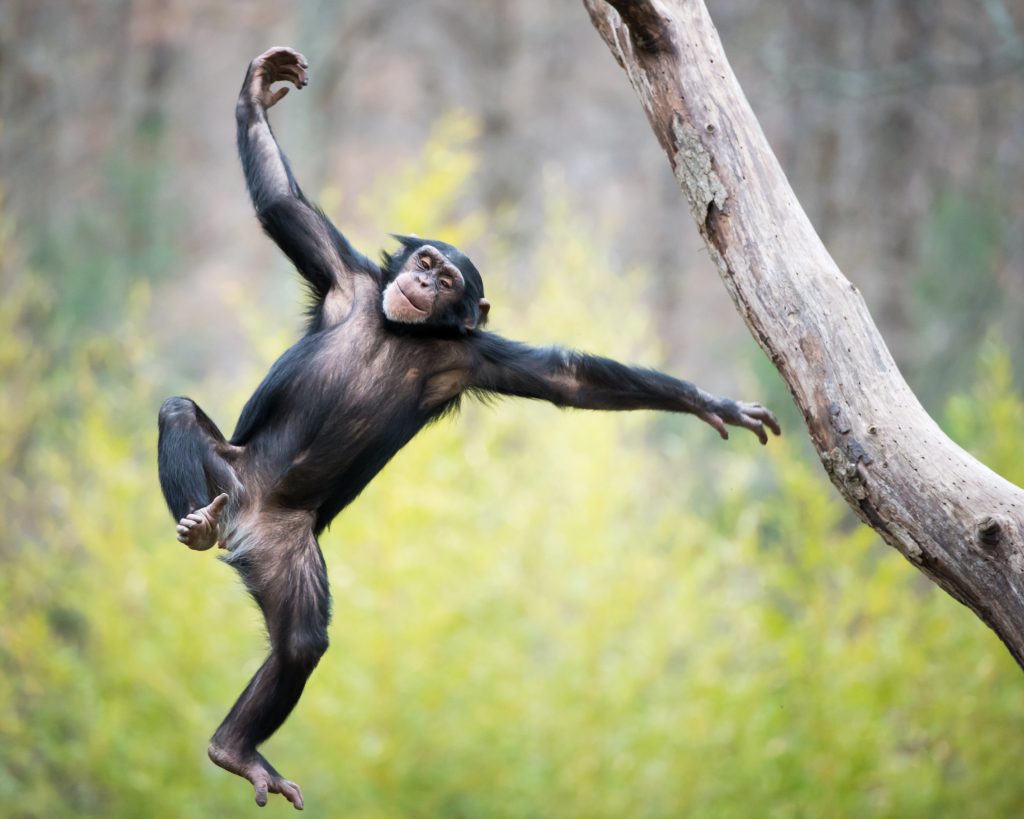 Chimpanzees are social animals, living in communities from 10 to 100 individuals. These communities, known as troops, are hierarchical, led by a dominant male. Troops are comprised of many loose, temporary subgroups of mixed males and females of all ages.
Chimpanzees use a system of vocalizations to communicate with one other. They are the smartest animals on the planet, second only to humans.

Half of the chimpanzees' day is spent foraging for food. Their diet consists of primarily fruits, but they also eat leaves, buds, blossoms, seeds, stems, bark and resin. Chimpanzees are also known to eat insects, birds and bird eggs and on occasion, they hunt mammals, such as colobus monkeys. Chimpanzees usually move by walking on all fours on the ground. But they are great climbers, and will eat and sleep in the trees. They sleep in nests constructed out of vegetation. The territory of chimpanzee troops can be as large as 200 square miles. 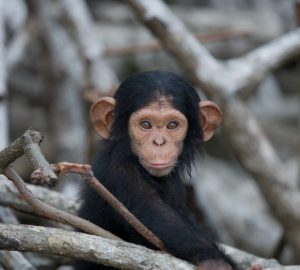 Female chimpanzees give birth every five to six years. The pregnancy lasts between seven to nine months.

Chimpanzees develop slowly. For the first 6 months, the baby does not leave the mother's belly. Baby chimpanzees are weaned around four years of age. Female chimpanzees reach sexual maturity around 10 years old. They will often mate with several different males.

Generally, chimpanzees have black hair that covers their entire bodies except for the face, hands and feet. Their skin is pale but it darkens as they age.

The average lifespan of wild chimpanzees is 40 to 45 years.