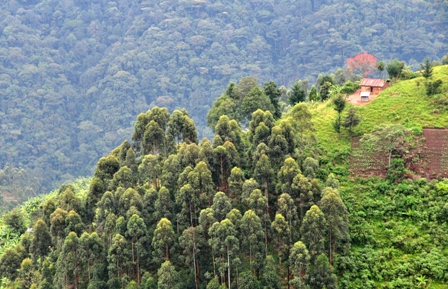 The name is appropriate, for Bwindi Impenetrable National Park is 331 square kilometers (205 square miles) of tangled vegetation draped over a deeply fissured landscape of steep, slippery valleys and high, draughty ridges. The park, located at an altitude of 1,160 to 2,607 meters (3,800 to 8,550 feet), occupies different vegetation zones but predominantly is a tropical rain forest.

Bwindi Impenetrable National Park is a home to roughly half of the world's mountain gorillas. The park was established as a safe habitat for several families of mountain gorillas, and it is now the location of an important scientific conservation program. The park was declared an animal sanctuary in 1961, a national park in 1991, and a World Heritage Site in 1994. 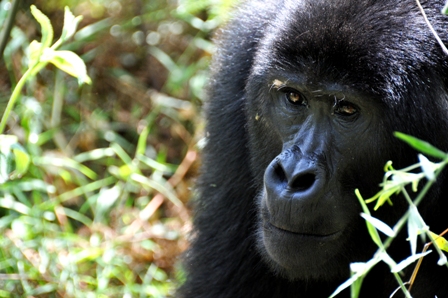 Bwindi Impenetrable National Park is the richest, most species-diverse forest in Uganda and one of the richest ecosystems in Africa. Apart from the rare mountain gorillas, the park also has over 120 other species of mammal including 11 primates, including chimpanzee, black-and-white colobus, l'hoest monkey, and red tailed monkeys. 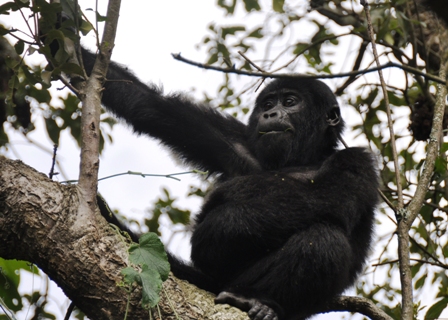 There are at least 14 species of snakes, 27 species of frogs and toads, 6 kinds of chameleons, 14 types of lizards, skinks or geckos. The park has at least 202 species of butterfly and 324 species of trees. Also, elephant, bush pig, giant forest hog, many species of bats and rodents live here.

There are approximately 30 gorilla families in the park, with 8 habituated gorilla groups. All the habituated groups are tracked daily by not more than 8 vistors per group, escorted by National Park rangers and guides.