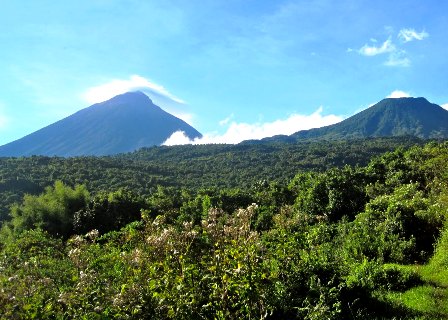 The park is located in the far southwestern part of Uganda, bordered by Rwanda and the Democratic Republic of Congo.

Each of these countries protects its own portion of the Virunga Volcanoes, together forming the Virunga Conservation Area. 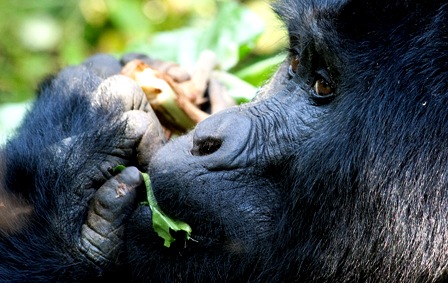 The park offers panoramic views that stretch northwards to Bwindi and a southern skyline dominated by the steep volcanic cones of the Virungas, surely one of the most memorable and stirring sights in East Africa.

Despite being small in size, Mgahinga Gorilla National Park is of great importance given that it is a home to the endangered mountain gorillas. Gorilla trekking is the major tourist activity here. 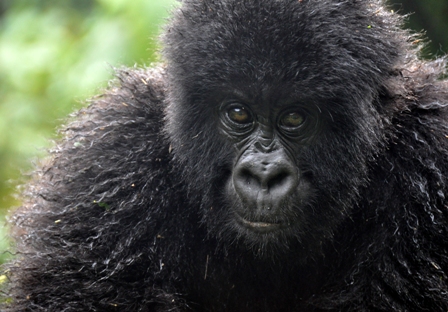 Though mountain gorillas form the major attraction to the park, the park also harbors other wildlife which includes 76 mammalian species such as golden monkeys a localized and distinctive race of the blue monkeys, black and white colobus monkey, leopard, and as well as a 180 species of birds. Other mammals include buffaloes, elephants, bushbucks, giant forest hog, several varieties of small rodents and small predators.

We are not conducting tours in Mgahinga Gorilla National Park because the gorillas have moved into Volcanoes National Park.